In general, if you are sober enough to drive, you are sober enough to breastfeed. Less than 2% of the alcohol consumed by the mother reaches her blood and milk. Alcohol peaks in mom’s blood and milk approximately 1/2-1 hour after drinking (but there is considerable variation from person to person, depending upon how much food was eaten in the same time period, mom’s body weight and percentage of body fat, etc.). Alcohol does not accumulate in breastmilk, but leaves the milk as it leaves the blood; so when your blood alcohol levels are back down, so are your milk alcohol levels. One 2007 study suggests that lactating women may metabolize alcohol more quickly compared to non-lactating women (Pepino et al 2007). 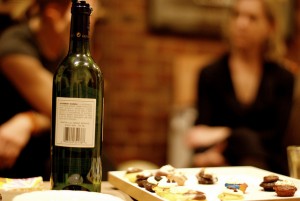 Always keep in mind the baby’s age when considering the effect of alcohol. A newborn has a very immature liver, so minute amounts of alcohol would be more of a burden. Up until around 3 months of age, infants detoxify alcohol at around half the rate of an adult. An older baby or toddler can metabolize the alcohol more quickly.

Effects of alcohol on breastfeeding and the breastfed baby

Alcohol and breastfeeding, from The Breastfeeding Network, by Wendy Jones PhD, MRPharmS

Alcohol and Breastfeeding, from the Centers for Disease Control

Beer as a Galactagogue – A Brief History by Hilary Jacobson

Malt as a Galactagogue – A Brief History by Hilary Jacobson

Mennella JA. The human infant’s suckling responses to the flavor of alcohol in mother’s milk. Alcoholism: Clinical and Experimental Research 1997;21:581-585.

Mennella JA, Beauchamp GK. The transfer of alcohol to human milk: Effects on flavor and the infant’s behavior. New England Journal of Medicine 1991;325: 981-985.