3. What messages about attachment parenting and/or breastfeeding were you hoping TIME would convey in their article? 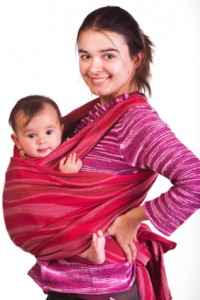 Jessica ____________________
In my first conversation with TIME the photo editor explained that the article would be a profile of Dr. Sears and Attachment Parenting. My husband and I are attachment parenting, so I thought it was a perfect fit. From the little exposure I have to magazine/news coverage (I am a freelance writer), I went in without any expectations of what TIME would convey. I hoped it would be informative. I hoped it would paint AP as a back-to-basics type of childrearing. I hoped that it would be a counterpoint to the recent “tough love” / “it’s not neglect if you’re speaking french” parenting books that have hit the parenting scene of late. I hoped that their profile of Dr. Sears would be balanced. I hoped that they wouldn’t vilify breastfeeding older kids.

Before I got to read the article, I watched a video of the article’s author, Kate Pickert, online. From that two minute clip, I knew it wasn’t going to be a balanced piece. How she described AP was misinformed and the language she used was sensationalistic.

Jamie ____________________
My family was hoping this would be an outlet to show attachment parenting is a valid and normal parenting decision. There should be no shame in parenting your child this way.

Melinda ____________________
I was hoping that it would introduce attachment parenting, how it has grown and the community that it has created and leave it up to the individual to decide whether they wanted to support it or not.

Dionna ____________________
According to one survey, less than 10% of women nurse their children past 18 months. Because I write about breastfeeding past infancy on CodeNameMama.com, I get emails from women quite often who say “thank you for letting me know it is ok and that I’m not alone!” I had hoped that the author of the article would write about how natural and healthy ecological breastfeeding is for both mother and child. While the cover story did not convey that message, I was happy to see that one of the side stories did work (somewhat) to normalize nursing past infancy.