When Theralogix, one of our sponsors, told us Dr. Hollis is on their advisory board, I asked if he would be interested in doing an interview to discuss vitamin D and breastfeeding. I hope you find his information useful! 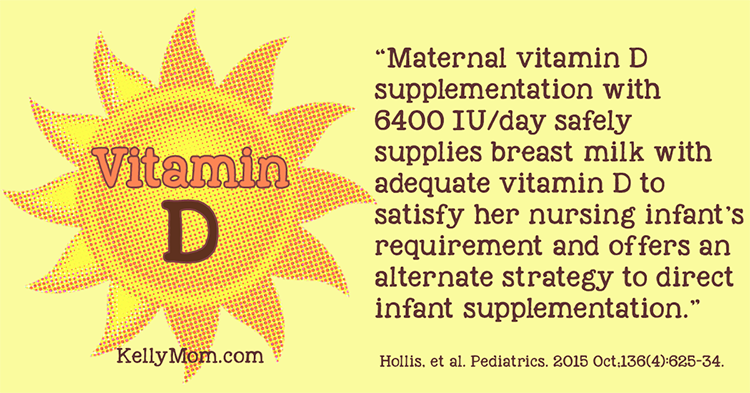 Why is vitamin D important for infants?

Vitamin D is absolutely critical to the human infant in order to maintain skeletal integrity. Recent research also tells us that vitamin D is key in the maintenance of our immune systems regulating both infection and inflammatory pathways.

The AAP recommends that all children (birth through adolescence) receive 400 IU vitamin D per day. Canada has similar recommendations (with greater amounts recommended in winter for those in more northern regions). Vitamin D recommendations in European countries vary.

How much vitamin D does breastmilk usually contain? Why?

Human breastmilk is a very poor source of vitamin D, usually containing less than 50 IU per quart. This is why the AAP recommends all breastfed infants receive 400 IU per day vitamin D by supplement drops. This IS NOT A DEFECT IN BREAST MILK but a defect in the recommended amount of vitamin D the lactating mom should be taking. If a mom takes 6400 IU per day, she will supply her nursing infant with plenty of vitamin D thru her milk and will not need to give her infant drops.

Are there problems with using vitamin D drops to supplement baby?

There is no problem with the drops per se, only that they are inconvenient and mothers oftentimes just don’t give them. In our hands, only about 15% of moms adhere to these recommendations. Worse, some moms are never told to give them by their pediatrician, which we would consider malpractice given the problems that can arise by not doing so.

Are all mothers and babies at risk for vitamin D deficiency? What are the risk factors?

Practically everyone is at risk for vitamin D deficiency with, ironically, only formula-fed infants being safe. This is because infant formula contains 400 IU per quart vitamin D.

Is it possible to get enough vitamin D through sun exposure, without adding a supplement?

Yes, though it is harder to get enough exposure in the winter, during any season in far northern areas, or if you have darker skin pigmentation. Vitamin D deficiency is relatively common even in sunny climates like the southern United States. Tanning in a tanning booth on a regular basis would probably give you adequate vitamin D levels (but this comes with its own health risks). Most find that taking a supplement is simpler.

Is there a specific test or tests that should be requested if a mother is concerned about her or her baby’s vitamin D levels?

Vitamin D3 is the type of vitamin D our bodies generate when our skin is exposed to UVB rays from the sun, and is the supplement generally recommended (vitamin D2 is sometimes used, also). Vitamin D (whether taken in the diet or generated in the skin) is transformed within the body to its active form, 25-hydroxyvitamin D (25(OH)D).  25(OH)D is easier to measure, and this is what is generally measured in lab tests for vitamin D.

To test for deficiency, anyone can have their blood levels of 25(OH)D checked. However, testing can get expensive, and if one takes the amount of vitamin D we are recommending a deficiency would be non-existent.

If you would like to check your vitamin D levels, you can request the test from your health care provider or use a blood spot home test kit (for example, the Vitamin D Council has a good home test kit).

What is considered a “normal” level of 25(OH)D in the blood?

This varies depending on who you ask. The Institute of Medicine considers 20-30 ng/ml to be adequate for most of the population. The Endocrine Society suggests that 30-100 ng/ml will result in a vitamin D sufficiency. The Vitamin D Council suggests 40-80 ng/ml as a sufficient vitamin D level. Based upon my experience and research, I personally feel that 50-70 ng/ml should be considered a normal level of 25(OH)D in the blood.

If a breastfeeding mother knows that her vitamin D blood level is “normal”  does that mean her milk will contain enough vitamin D?

NO! The 25(OH)D in your blood is not a good reflection of the amount of vitamin D that is available to pass into breastmilk. They are two different compounds. Since Vitamin D (rather than the active metabolite 25(OH)D) is the form that passes into a mother’s milk, the only sure way to know it is there is to take it every day.

Tell us about your vitamin D study. How long ago did you start the NIH-funded study?

How was the study conducted?

It was a double-blinded randomized controlled trial that was conducted at two medical centers, The Medical University of South Carolina and the University of Rochester in Rochester, NY.

What were the findings?

The findings, published in October 2015, can be read in detail in the journal Pediatrics (the official journal of The AAP). Simply, what we found was that infants achieved the same blood level of 25(OH)D whether they received vitamin D directly as drops (400 IU per day) or via breastfeeding from mothers receiving 6,400 IU per day vitamin D– a quite remarkable finding, indeed.

Are your findings applicable to mothers & babies worldwide?

These findings would be universal to all lactating mothers worldwide.

The Institute of Medicine has set the “upper limit” of recommended intake at 4000 IU. Is it safe for an adult to take 6400 IU?

The IOM setting a limit of 4,000 IU per day was subjective and not based on any trials. The Endocrine Society guidelines state that 10,000 IU per day is safe. In my own experience with our trial and several other trials in which I have been involved (involving tens of thousands of patients), not a SINGLE adverse event has been observed due to vitamin D intake. I personally take 6,000 IU per day and have for years, and my daughter just had a child and is taking 10,000 IU per day while lactating (going on a year now). Totally safe.

Does an adult taking 6400 IU per day need to have vitamin D levels monitored?

Is it possible for a baby to get too much vitamin D through breast milk?

I suppose it is possible, if the mother is consuming 100,000 IU per day or more.

If a woman starts to supplement with formula or solid food, should she reduce her vitamin D dose?

I recommend everyone take at least 5,000 IU per day for disease prevention, so I would suggest that mothers continue taking 6400 IU per day throughout lactation.

Are there any medical conditions that might interfere with vitamin D transfer into milk?

Do you have any suggestions for discussing a vitamin D supplementation plan with the mother’s and baby’s health care providers?

Find an open-minded health care provider who is not totally wedded to what they were taught in medical school or who blindly follows what a given organization such as the AAP recommends. If yours is not, and will not listen to you if you present them with facts, find a different one.

Do you have anything else to add that could be useful for our readers?

Again, be educated and present your doctor with ideas– if they are resistant or arrogant, move on.

I have seen many cases where a pediatrician failed to even inform the mother that she needed to give a vitamin D supplement to her breastfeeding infant. Subsequently, the infant developed fractures (due to vitamin D deficiency) and the parents were charged with child abuse. I receive a case a month involving this type of scenario. If these pediatricians were charged with medical malpractice, this type of scenario would soon end.

The following videos are quite good. Dr. Michael Greger has read the recent literature and condensed it into a set of 4-minute videos for the general public:

Will You Live Longer if You Take Vitamin D Supplements? by Michael Greger, MD

How much vitamin D should you take? by Michael Greger, MD

The Optimal Dose of Vitamin D Based on Natural Levels by Michael Greger, MD

The Best Way to Get Vitamin D: Sun, Supplements, or Salons? by Michael Greger, MD

Arabic translation of this article (posted as a series of images on Facebook).  Thanks to Furat Kreishan for the translation. 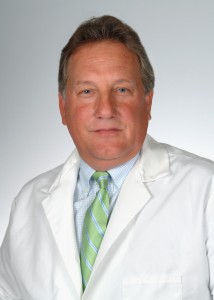 Bruce W. Hollis, PhD is Professor of Pediatrics, Biochemistry and Molecular Biology and Director of Pediatric Nutritional Science at The Medical University of South Carolina, Charleston, SC. Dr. Hollis did his undergraduate training at The Ohio State University and received his PhD in Nutritional Biochemistry from The University of Guelph, Guelph, Ontario, Canada. Dr. Hollis did postgraduate training at Case Western Reserve University Medical School. Dr. Hollis’s research has always focused on Women’s and Children’s Heath. He has published in excess of 300 peer reviewed articles and has served as a consultant to several medical concerns. The driving question to him as a student was, how could human milk be the perfect food for the human infant and yet be basically devoid of vitamin D which would cause rickets in a nursing infant? It took many years and a substantial amount of grant support but the question has now been answered.