Dr. Thomas Hale, Ph.D. started the InfantRisk Center and is the author of Medications and Mothers’ Milk, one of the primary guides the medical field uses to find out if a medication can be safely taken while breastfeeding. His ground-breaking book is now in its 17th edition and is continuing to help mothers make the right decisions when taking medications. Medications and Mothers’ Milk has been a welcome antidote for all the moms who are needlessly told to “pump and dump” when taking medicines that are, in Dr. Hale’s terminology, “compatible with breastfeeding.”

Dr. Hale has very kindly agreed to an interview.

1) Every release there are more new medications added to your book. How do you decide what medications to include?

We look at all the new drugs coming out in the last 2 years. Next we determine which of those might be used in a breastfeeding mother, and then we decide which new drugs to add by how important we think they are.  We can’t add everything,  as the book is already too large.  I also watch the calls that come into the InfantRisk Center and decide if a new drug is really hot and we need to add to the book.   We also, each year, remove some old drugs that are seldom used or that are removed from the market.

2) What are your steps when assigning a Lactation Risk Category to a drug?

We assign the lactation risk category (LRC) by determining first its overall toxicity.  Some drugs are of limited toxicity (penicillins, sulfas, NSAID analgesics, etc),  some are highly dangerous (anticancer, antimetabolite, etc).  We rarely have breastmilk data on the drug,  so we generally rely on the pharmacokinetics of the drug ( oral absorption, plasma levels, half-life),  or the drugs mechanism of action, to make an educated estimate of its LRC. We struggle with this but I must admit we are pretty accurate, and rarely have to change the LRC.

3) I have read that you are doing a study of marijuana and breastfeeding. What do you hope to learn from the study?

The InfantRisk Center gets thousands of calls about marijuana.  Unfortunately,  the breastmilk data is old and was poorly done years ago.  We desperately needed some good pharmacokinetic data in order to determine what the risk to the infant really is.  Thus,  Dr. Teresa Baker and I set up a good pharmacokinetic study in Colorado where mothers could participate “anonymously”  using a measured standard dose of marijuana (23.8 mg),  and with collection of milk  samples at accurate time intervals ( 0, 20 min, 1, 2, 4 hours).  Thus,  we are going to be able to determine with great accuracy just how much marijuana is actually transferred to the infant under this standardized method.  The samples are slowly coming in and we are able to measure small levels of THC in milk.   Its too soon to know,  but I’m thinking the relative infant dose is going to be small and the oral absorption poor.  This study, we hope, is just the beginning,  as much more needs done, such as oral dosing studies, blood level studies in mom and infant, different metabolites and forms of THC, etc.

4) What changes have you seen over the years in how (and if) drugs are evaluated for nursing mothers?

A lot has changed,  primarily in the interest by various federal agencies,  particularly the FDA.  The FDA this year held a meeting in Washington to hear from various experts in the field as to how they (the FDA) could implement better study design in the study of drug transfer into breastmilk.  The FDA is really interested in supporting breastfeeding mothers safely, while they use various drugs.  Their assistance in requiring manufacturers to do breastmilk studies prior to the introduction of new drugs,  could revolutionize this field.  Primarily, because the firms would be advised to do studies in breastfeeding mothers when appropriate,  prior to marketing the drug.  Right now,  virtually every package insert produced by the pharmaceutical companies is devoid of breastfeeding data or and sometimes actually inaccurate   Hopefully this will change in the coming years.

Speaking as a scientist,  another change we have seen in the last decade is that we now have analytical methods for determining very low levels of drugs in human milk (mass spectrometers).  This instrument has allowed my labs to determine drug levels in milk 10-100 fold less than just 10 years ago.  In addition,  the InfantRisk Website, and Facebook has opened up the world to our current studies underway.  We can now recruit moms into our studies from all over the country, thus allowing us to study rarely used drugs.

5) Even when a mother is taking a drug considered compatible with breastfeeding, she is often told by her doctor to “pump and dump”. What advice do you have for mothers who face this?

My best advice is to call the InfantRisk Center or a lactation consultant.  Most lactation consultants have certain resources that allow them to estimate the risk of the drug.  We have data on most drugs,  the mom just needs to check the advice of the experts in this field before they pump and dump.  It is a rare case that moms really need to pump and discard their milk,  or stop breastfeeding altogether.  We know quite accurately what a mom needs to do in most, but not all, cases.  Most practicing physicians are not aware of this science,  so moms need to be proactive and find someone that knows something about breastfeeding.

6) Is there any drug or drug category where you have radically revised the risk category from one edition to the next? If so, can you explain what caused the change?

It is a rare situation that we change our risk categories more than one or two places.  Generally this results following publication of a good paper providing us information on the level of drug in milk and we’ll reduce the risk level down.  If its documented that the level of drug in milk is low to undetectable,  then we feel more comfortable moving the LRC.   We may this year change the lactation risk category for marijuana if the levels in milk are exceedingly low as I suspect.  But we will have to wait on this.

7) What motivated you to begin studying breastfeeding and medications?

Actually,  my chairman came into my office one day in 1990,  and suggested that we in pediatrics were becoming more interested in breastfeeding, and he wanted to know more about drug transfer into human milk.  It was my job as a pharmacologist,  to lecture on drugs in pediatrics.  So I started studying this field and just fell in love with the beauty of milk physiology and all of its biological components.  I started collecting drug information, and one day a lactation consultant called me and suggested I put this data into a book.  The book became well known and changed my whole career.

8) Many people are under the impression that if a drug is unsafe during pregnancy, it is also unsafe for breastfeeding mothers. Can you discuss some common examples where this is not the case?

First,  the kinetics of transfer through the placenta are entirely different from the transfer of drugs into human milk.  These two compartments are unique and distinctly different.   The milk compartment is actually tighter and less penetrable than the placenta.  As for drugs,  the aminoglycoside antibiotics are almost never used in pregnancy, due to damage to renal function,  whereas they can safely be used in full-term infants.  Some anticoagulants should never be used in pregnant women, but can safely be used in breastfeeding mothers.  There are many other examples.

I have been most fortunate that I joined an academic medical department (Pediatrics)  and have been actively involved in research for 30 years now.  I first started my career as a pharmacist,  but I became unsatisfied, and returned to get a Ph.D. In  clinical pharmacology.  In the 1990s when I first started studying drugs and breastfeeding,  I became absolutely enthralled with the physiology of human milk and how everything seems to work perfectly.  I also realized,  that the transfer of drugs into human milk was all but completely unstudied.  We knew almost nothing about the use of medications in breastfeeding mothers.  To a clinical scientist,  the unstudied field is incredibly attractive.   So,  I started the study of drugs and breastfeeding.

The InfantRisk Center came about as an answer to the thousands of emails and calls I was receiving about drugs.  I simply couldn’t answer all these calls myself,  so I decided to build a call center.   While answering  more than 10,000 calls a year,  this center has also been a gold mine for research.  Dr. Baker and myself have set up a number of new studies.  Fortunately,  we have the whole world calling to recruit from.

Each time a mother calls about certain drugs,  my software lights up and we try to recruit her into one of our dozens of drug studies.  We have a number of research projects looking at many aspects of breastfeeding.  For instance,  why does breastfeeding reduce your risk of breast cancer?  This question has intrigued me for years and this year we started a new project to actually look at the cells in human milk and determine if they carry the genetic makeup for cancer (they do),  and does this change over time (we don’t know).  Or does breastfeeding produce an “immune” response in the breast. What changes in a mother’s breast that places her at lower risk for cancer if she breastfeeds.  We have some very smart Ph.D’s working on this right now and we are quite excited with the results.  We have a number of other research projects underway.   So as you can probably see, this stuff is absolutely energizing and keeps me awake at night.

But I must admit,  it takes a village to do this work.  This world is full of wonderful lactation consultants and physicians that do everything they can to support moms in breastfeeding,  including referring them to my center.  I hope that the InfantRisk Center can do its small part in helping moms continue to breastfeed while under therapy.  I think we all share this goal. 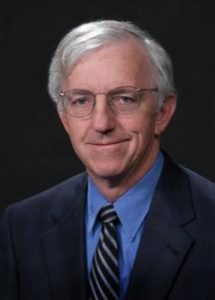 Dr. Hale is considered one of the foremost leading experts in the field of perinatal pharmacology and the use of medications in breastfeeding mothers.

Visit the InfantRisk Center at www.infantrisk.com.